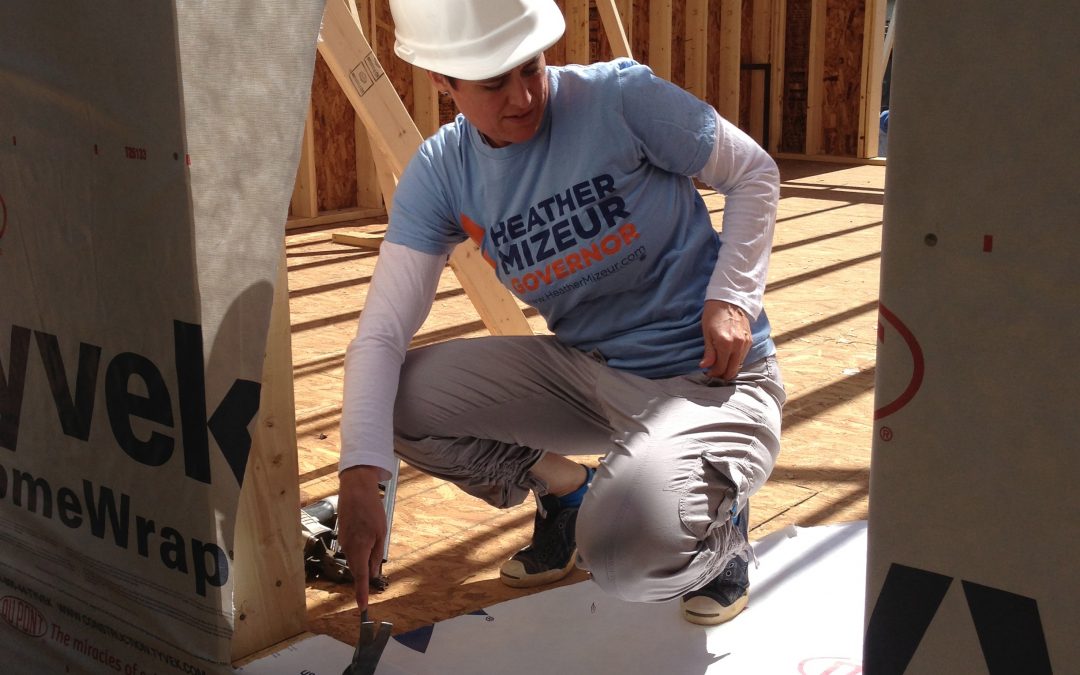 Our state’s dedication to community service is exemplary.  Maryland was the first state in the nation to require service learning hours for high school graduation.  Each of our local school jurisdictions have a Service Learning Coordinator to help facilitate matching students with quality service experiences and a dedication to creating a curriculum that honors what they learn in living classrooms.  We should build on this reputation by creating a program that continues to foster service learning in higher eduction.

As policy makers debate ways to make community college tuition free, we should take a good look at establishing a state-based community service program that complements Maryland’s work with AmeriCorps, VISTA, Senior Corps, and other programs from the federal Corporation for National and Community Service.  Such a state program could link service requirements with a tuition assistance benefit, creating a win-win for students, colleges, and communities alike.

My desire to see Maryland be the best state in the nation for deploying community service initiatives is born of a lifetime of experience participating in service work and seeing the ways in which it bolsters one’s Soul Force.

Service a Theme in 2014 Governor’s Race:

As a result of my experience as a member of the AmeriCorps National Service Program (1994-1998), I hold a very strong belief that national, state, and local service opportunities are critical threads that bind our communities and make our connections to each other stronger.

Soon after I announced my candidacy for Governor, I made sure that we did three things to show we were running a different kind of campaign — we rejected negative campaigning; we refused to poll test our policy ideas; and we said no to corporate donations.  But it’s what we said yes to that made me most proud — we launched a series of community service projects to show the state that we could come together to achieve measurable benefits for our communities no matter the outcome of an election.  From the very beginning, I wanted to show the ways in which service matters and do my part to inspire others to join me in the serving circle. Marylanders enthusiastically answered the call.

So throughout the campaign, we deployed the enthusiasm of our supporters to assist with projects all across the state that ranged from building homes for low-income people in Frederick; cleaning up trash from the wetlands at the Blackwater National Wildlife Refuge in Talbot; reading to after school programs and creating community gardens in Baltimore; to repainting playgrounds at Montgomery County schools, hallways in Baltimore City Schools, and delivering meals at soup kitchens in Worcester and Howard Counties, just to name a few.  This legacy of service outlasts the temporary lifespan of a political campaign.

I also learned about the depth of Maryland’s inspiration to serve. 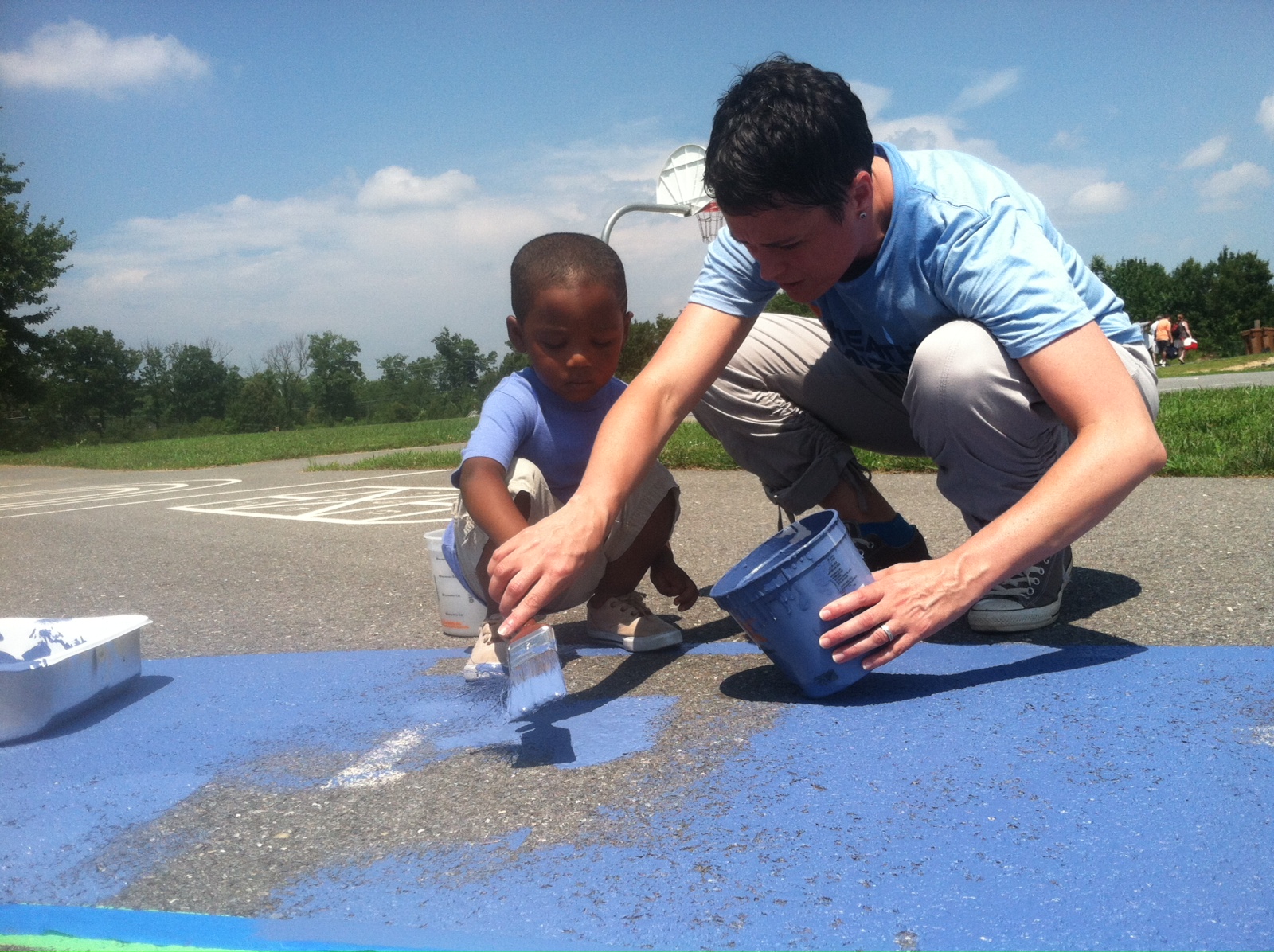 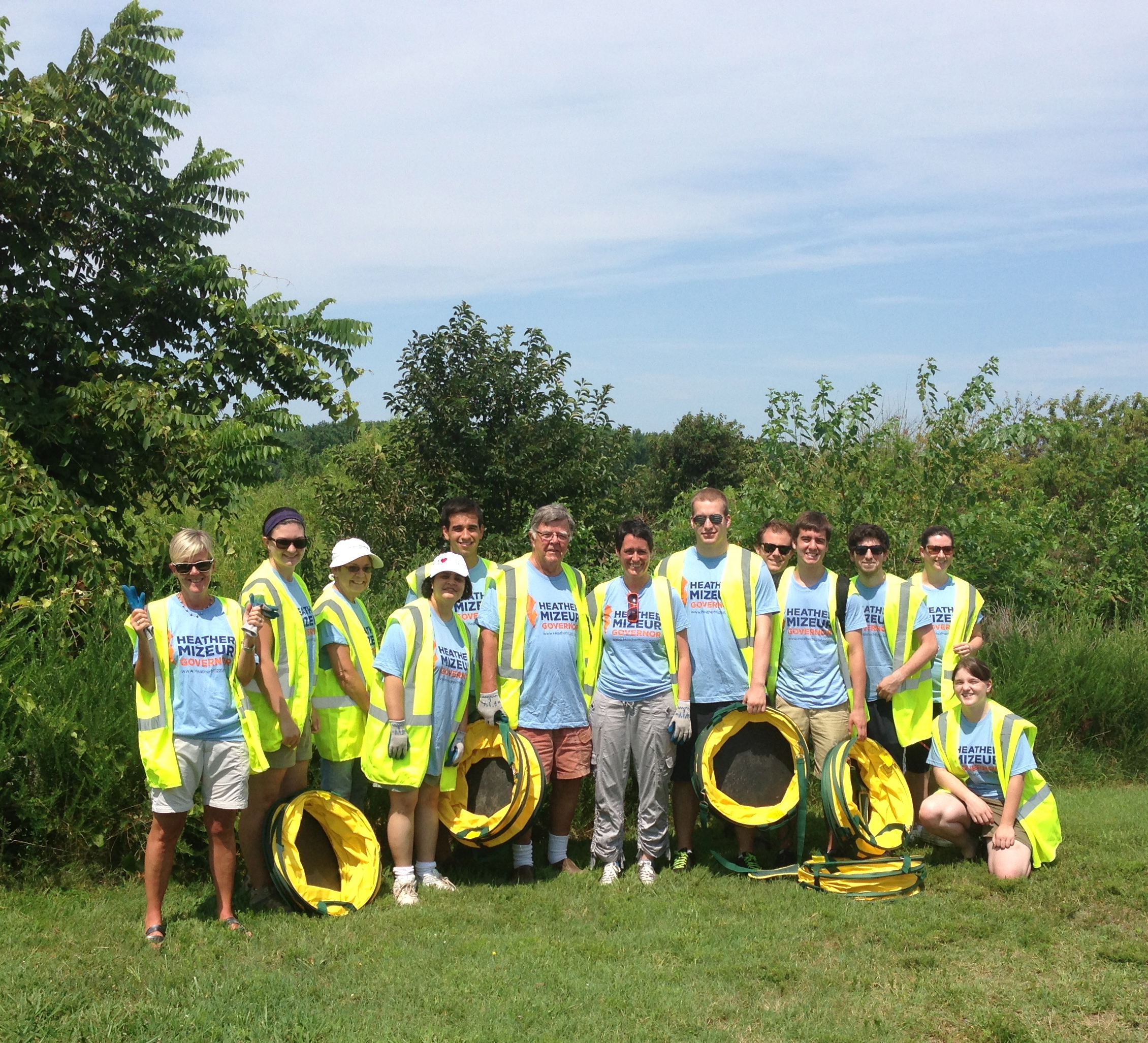 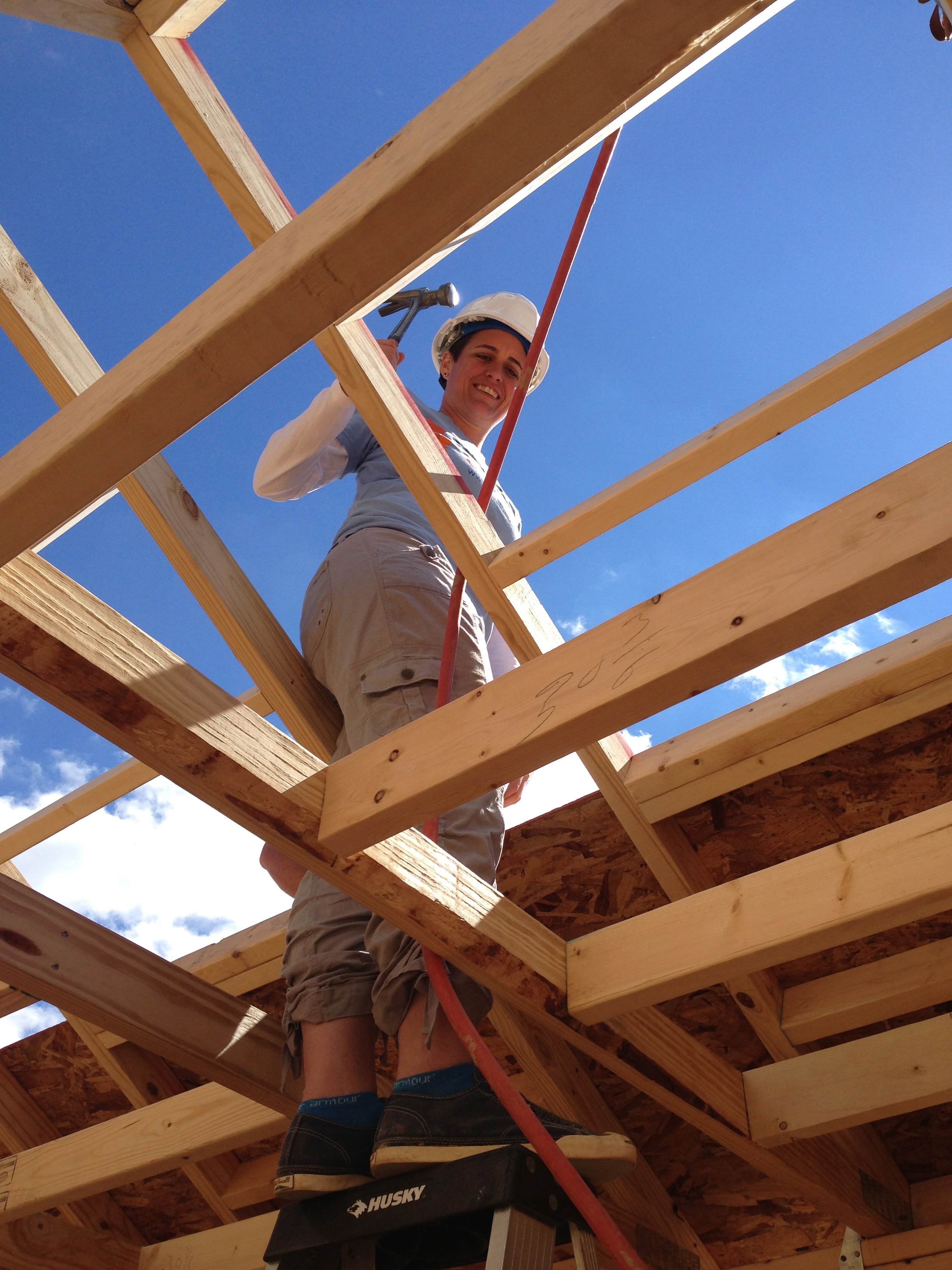 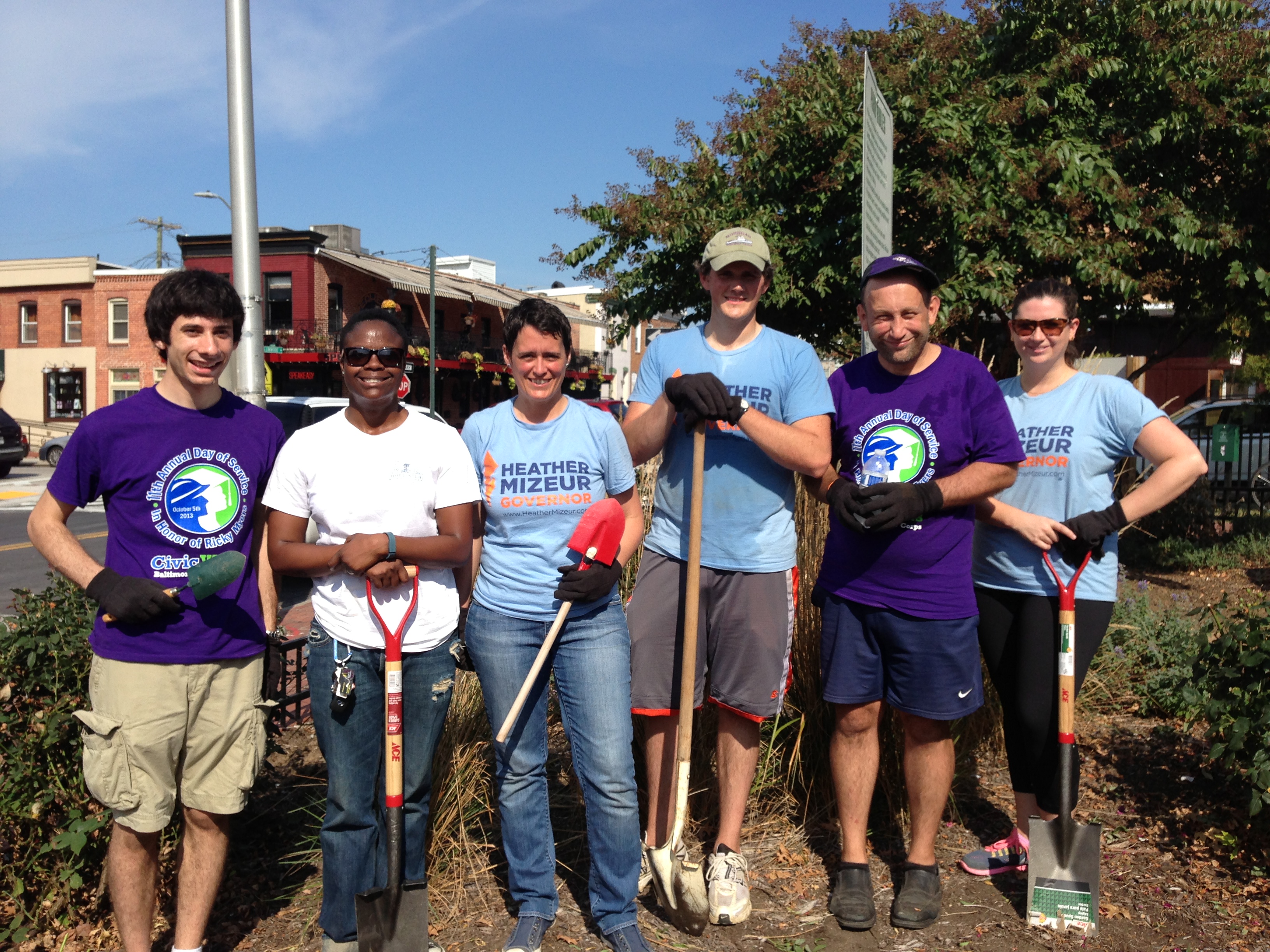 We have a culture of service in Maryland, so it should come as little surprise that every year we have more applications for AmeriCorps positions than funding to fill them.  We should be working to meet that demand, not turn it away.  We can replicate the federal model with a complimentary state program.  By creating a state-based community service initiative called, “Benefit Maryland,” which would provide tuition free community college benefits to any students enrolled in the program, we could simultaneously match all the existing interest in service to worthwhile programs while also giving Maryland a leg up in competitive federal grant funding.

Money that is granted from the federal Corporation for National and Community Service for state partnered projects is given on a competitive basis.  If Benefit Maryland were created, the additional resources dedicated to state service initiatives would help us leverage more federal service dollars as well.

As discussions about creating tuition free community college benefits are catching fire, it makes sense for policymakers to incorporate ideas to create a state-based service program as a “carrot and stick” model for best practices on how to structure such policies.

Maryland should also consider elevating the Governor’s Office on Service and Volunteerism to a cabinet-level post to oversee and coordinate the Benefit Maryland program along with the existing national and local service initiatives it currently manages.  By increasing the authority and budget for this office, our state can further expand its collaborations with existing non-profit activities and help fill the gaps where service hours are needed.

But just as we did not wait to win an election in 2014 to start making an immediate difference in our communities with our lending hands…you, too, do not have to wait for Benefit Maryland to come to life before you make a commitment to serve your community. Looking for local volunteer opportunities?  Visit the list of Maryland Volunteer Centers to match your interests, skills, and talents with your local needs.

Whether or not Maryland gets bold and innovative with efforts to launch tuition free community college initiatives and explores linking that benefit with a new state-based community service program is largely up to you.  If you want it, make it happen.  Talk to your local elected officials about these ideas.  Make a commitment to volunteer more of your time and talent in your community.  Take to your social media accounts and share this blog and your ideas on how best to #BenefitMaryland with your service.

A NOTE FROM PERSONAL EXPERIENCE

For those interested in knowing more about my own history of community service, I offer this snapshot with a really fun story about how the connections we make to others while serving can make a huge difference in all of our lives.

As a young Catholic girl, I connected deeply with my faith’s social justice teachings of housing the homeless, feeding the hungry, healing the sick.  When I went to college, I spent all of my free time engaging in service learning opportunities.  I volunteered for Habitat for Humanity, served at the local soup kitchen, spent my Spring breaks repairing homes in the Appalachians and my Winter breaks in Mexico building water cisterns for poor villages deep in the Yucatan jungle.  Every volunteer experience solidified countless teachings on how selfless service can almost feel selfish because I would ultimately receive so much more than I could ever possibly give in these exchanges.  That is where I would experience the rich beauty and magic in our world — that connecting to each other and giving is an act of receiving as well.  It’s an infinite circle.

A History of National Service:

So it made perfect sense that I would be inspired to join President Clinton’s inaugural Americorps Class. 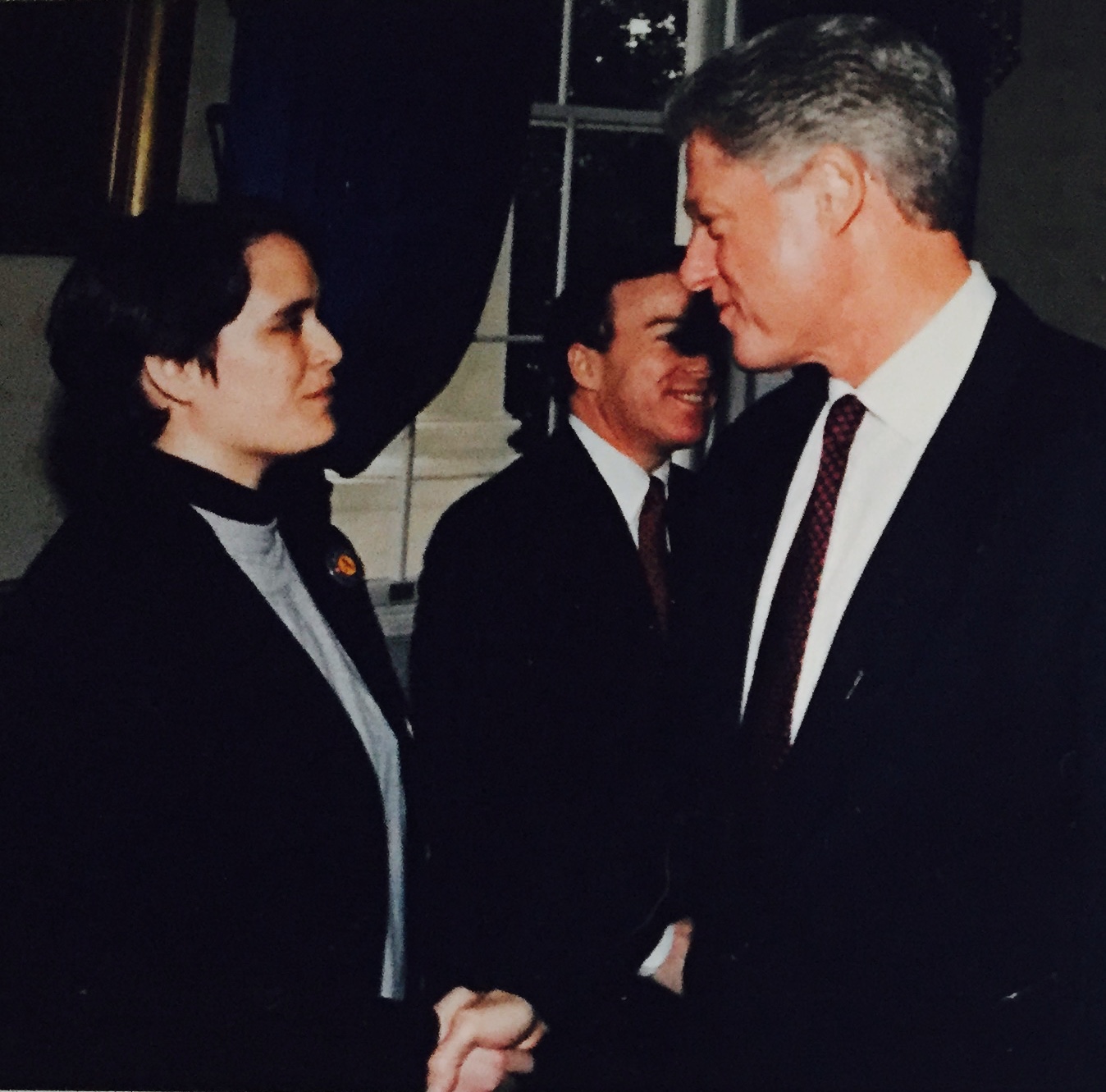 While I was a young legislative staffer on Capitol Hill, I answered the call to join the AmeriCorps national service program, volunteering my evenings and weekends as a part-time member for four years.  My project assignment was to work with a local chapter of the “I Have a Dream” Foundation (IHAD) in Southeast Washington, DC.  IHAD is a high school drop-out prevention program for at-risk youth.  The students in an entire classroom are “adopted” by a group that pledges their support with academic and other service learning opportunities that will encourage the students to remain in school with the promise that, once they graduate, their college tuition will be paid for through the program.  My students were in the eighth grade when I was matched to their program through AmeriCorps.  They had been adopted by their IHAD sponsors when they were in the third grade.  But it was “go time” when I arrived, as we were at a critical juncture to help them navigate and complete their high school education so they would be able to move on to their college dreams.

I spent every weekend tutoring and mentoring these amazing kids.  I was also their community service project coordinator and would devise service projects they could participate in to receive academic credit for their school’s requirements that they perform a certain number of service hours to qualify for graduation.  In the beginning, it was a hard sell.  The students were joining in on the projects only because they felt they had to in order to graduate.  Some only came because I promised to feed them during the event.  But through our work repainting a mural at Frederick Douglass’ home, or revamping the local Boys and Girls clubs, or picking up trash along the Potomac, I would start to slowly see a shift in how the students were relating to each other, their work, and the communities benefitting from their service.  I would even hear someone proclaim, fairly regularly, something to the effect of, “Miss Heather, I thought I hated doing this but you know, I’ve started to really look forward to it now. ”  Service works.  It’s heart balm for all the weary souls who are not even aware that they yearn for meaningful connections and an ability to give in the world.

One of my favorite stories from my AmeriCorps service that shows the circle of benefit, is the story of George Smith.  George was a student with big dreams and a giant heart to match.  He came to tutoring lessons each week with a serious earnestness to learn from his education and live up to his hopes of becoming an engineer.  He participated in our service projects and I got to know him very well.  This allowed me to become his supreme advocate when his college entrance hopes were dashed by a rejection letter from Morgan State University.  He came to tutoring one Saturday deeply frustrated with the rejection letter in hand.  I told him that not every decision like this is allowed to stand — that we could advocate for a different outcome.  I wrote a letter to the head of admissions at the college, highlighting my personal experience as George’s academic tutor for four years — how dedicated he was to his education; that I knew he has what it takes to be a successful college student and a future engineer; that he had shared of himself with his community regularly through service initiatives that gave him additional skills to share on campus.  After the letter was received, I made phone calls.  Many of them.  Until I reached the Dean of Admissions.  I reminded her that scores on academic aptitude tests were not able to measure a student’s drive, motivation, and willingness to do whatever it takes to succeed.  I pressed on her that my experience with George was a better and more consistent measure and that they would be making a grave mistake if they did not make sure this shining star would be an alum of their institution.

A few days later, I received a call on my private line at work late at night.  I happened to still be at my desk.  The voice on the other end was hysterically excited:

Today, George Smith is a senior network engineer for the IT system at the federal State Department!  He recently found me on Facebook and said, “I’m so happy you had the guts to speak and write on my behalf.  That program changed the entire course of my life.”  Tears of joy flooded me once again.  While this program, and my one act of courage on his behalf, certainly did change George’s life for the better, the impact it had on my life was immeasurable as well.  Tiny acts of courage add up to taking even bigger risks.  My AmeriCorps training inspired me to eventually run for public office, where I served a term on the Takoma Park City Council and two four-year terms as a member of the Maryland General Assembly before running for Governor in the 2014 Democratic Primary.