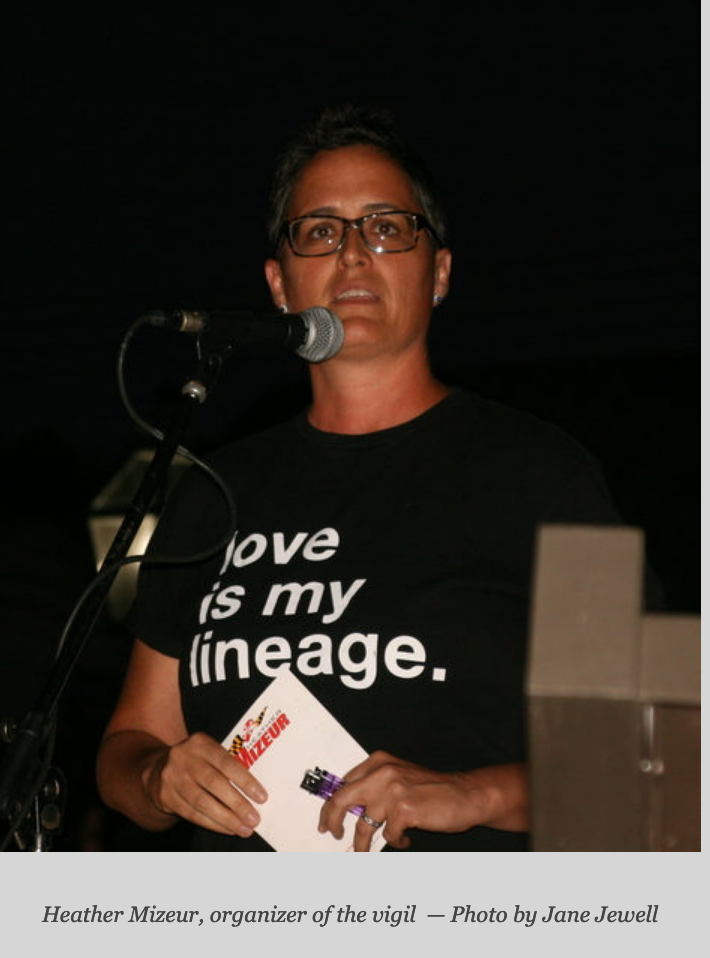 “Soul Force Politics, a non-profit political action group created by former Maryland Delegate and gubernatorial candidate Heather Mizeur, organized the…candlelight vigil…to call attenton to the presence of the camps and the conditions of the children…She said the attendees were there ‘to toll the bell for a different way of treating refugees in the camps.  This isn’t going to stand any longer’.”

Mizeur “concluded by saying that Chestertown was ‘the most beautiful I have ever seen you’ that night at the vigil, and told the attendees, ‘Your heart, your soul, your dedication matter’.”

“Mizeur closed the evening by asking each audience member to hug five people before they left. ‘Love each other real good,’ she said. ‘It’s love that’s going to bring about change’.”

For the entire article and additional photos from the event, see the Chestertown Spy link here.