We have been on such a beautiful journey together!

This week, we take time to pause and reflect on our experience and gather what we have learned to emerge with a renewed purpose that comes from touching into deeper clarity, insight, and resolve to show up differently in the world.

We are unlearning racism.  We are learning ourselves.

And in so doing, we are collectively on a path to greater liberation.  Let’s soar together!

Your work in preparation for our final gathering next Tuesday is to spend time going within to reflect on your experience with the assistance of some journal prompts.

Our time together was meant to be an emergent experience — living into the process and then backing out and seeing it.  What do you see now?

I encourage you to create some sacred space to write this week.  Light some incense or a candle. Be well-hydrated with the high-energy vibration of water. Center yourself in your body and bring forward heart coherence in preparation for your writing. If you are a meditater, perhaps take a few minutes to ground yourself in that practice before opening your journal or begin with a reciting of the Thanksgiving Address.

For these journal exercises, it is best to do stream-of-consciousness writing to give your subconscience a chance to unfold. The purpose of this work is not to write the most poetic and profound sentences you can conjure. We are not striving for perfection or printable material. We are sitting with questions and allowing ourselves to write whatever comes to us as a way to further process our experience and learn from what emerges. 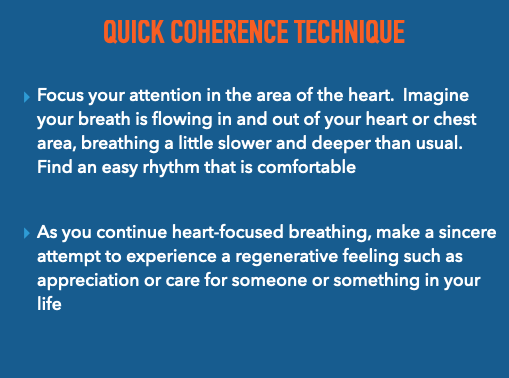 Spend at least twenty minutes exploring the origin story from where the myth of your racialization came. What was the earliest and most potent time that it became clear to you that race matters? You got a signal (coarse or refined, either implicit or explicit) that there was a difference. Explore that.

What have you learned about the wisdom of your body as a guide for this work? What new tools and practices do you have to stay centered, grounded, embodied, focused, clear, and insightful?

What does power of the pause mean to you and how do you / will you put it into practice?

Explore your relationship to compassion and unconditional love for yourself and others. Has this work had any impact on that?

What ways of seeing the world did you inherit? What, if anything, has shifted in these 8 weeks?

What was your biggest “a-ha!” moment during this work?  How has it changed you?

What have you un-learned and are leaving behind? What are new insights you learned to take with you?

If we are not interrupting racism, we are perpetuating it. What is your disruption plan?

What does a path to liberation look like for you? In what ways do you create the energy of freedom for others by living into your own?

I leave you with some chosen sections of the book, Radical Dharma: Talking Race, Love, and Liberation, and highly recommend that you add this book to your reading list to assist with the integration of our Unlearning Racism work together. 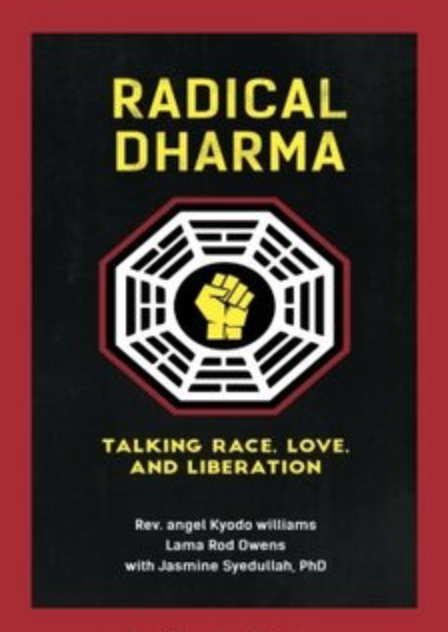 We have nothing to lose but our chains.

One abiding theory that emerges from the practice of a radical dharma that presents itself is that you should know this, attend to that, be aware of these things, but you must do them for your liberation, not mine.

Every body bears these wounds, so when we bear witness to suffering, we bear the wisdom — prophetic wisdom — of liberation from that suffering. And we bear it together.

We live in a culture in which our first reaction and response to something we don’t like or are uncomfortable with is to want to change it. We want it to go away…so we want to change it. What we have not learned to do is to give ourselves the space and time to simply observe it as it is, to make friends with it.

When we seek the embodiment of these truths, giving ourselves permission to be more honest, more healed, more whole, more complete — when we become radical — neither the path of solely inward-looking liberation nor the pursuit of an externalized social liberation prevails; rather a third-space, as-yet-unknown, emerges. It is radical dharma. And it is ours.

We cast our bodies into the third space that emerges when racially inhabiting the two: the inner and outer paths toward liberation.

Inner and outer. Personal and social. Love and justice. Liberation.

To inhabit radical as an ideal is to commit to going beyond one’s familiar or even chosen terrain. It avails you to what you weren’t willing to see, which is the place where Truth resides.

To be radical is to constantly live in the territory yet undiscovered, the liberation yet unknown.

Our inability as a nation to honor the theft of these lands and the building of wealth, power, and privilege on the countless backs and graves of Black people is our most significant obstacle to being at peace with ourselves and the world.

White folks’ particular reluctance to acknowledge impact as a collective while continuing to benefit from the construct of the collective leaves a wound intact without a dressing. The air needed to breathe through forgiveness is smothered. Healing is suspended for all. Truth is necessary for reconciliation.

There is a deep connection between personal liberation and social transformation.

Not long after finding my place as an activist for social justice, I came up against the need for not just reacting to what was happening in the work, which gave me a sense of purpose, but developing a way to look at what was happening, which provided a sense of meaning.

Your liberation is bound up in mine.

A rich relationship with one’s inner life deepens the root of integrity, fortifies the heart of courage, sharpens the eye of vision, and strengthens the will to serve and the resolve to sacrifice.

This insurgence of prophetic wisdom is both a forecast and organic byproduct of those newly inhabited ways of achieving social change. Transformative, radical, interconnected, and embodied. Ways that are motivated by a deep, unwavering love of all of life, and committed to seeing that love expressed as justice.

Simultaneously with our commitment to disrupting and dismantling structures that degrade humanity, a commitment to the practice of engaging the humanity of people wed to perpetuating those structures must co-exist. Whether by arrogance, ignorance, or fear, we must bear witness to their suffering as our own. Challenge what is unjust. Invest in their basic goodness. Always moving toward integration. Without this commitment and practice, we merely mirror the destructive forces of polarization and power.

On the movement level, this allows for uplifted organizing at the highest common denominator rather than the degradation of lowest common denominator, which is a vastly different way of being with what is and with being present with those we  might staunchly disagree with or oppose.

This is a huge evolutionary leap: to be able to see past sameness and likeness as the lens through which we view our potential to care for and love one another. We’ve done this on the individual level, but we are now organizing on the social level. In many ways this goes against — or extends beyond — the grain of how we have been evolving.  Biologically speaking, we are programmed toward being tribal as a means of survival. We literally have to transcend an aspect of our own biology.

This ability to disrupt our programming and form new cognitive connections based on direct experience that then becomes embodied through repetition — practice — is one of human beings’ greatest attributes. In this lies the potential to overcome our basest reactions for survival and manifest our highest evolutionary potential to thrive. It is profound, and it is possible. And we can see it.  May it be so.